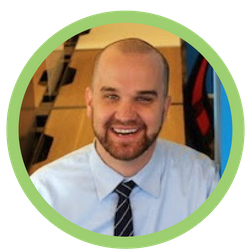 Lincoln Arneal lives in Lincoln, Nebraska, but contrary to rumors he is not the mayor. He currently serves as the Director of Leadership and Engagement at Nebraska Children. Lincoln works with several youth-focused groups to promote leadership development and involvement in the community. Lincoln is a North Bend native and graduate of the University of Nebraska – Lincoln for both undergraduate and law school. On the side, Lincoln moonlights as an Uber driver, high school speech judge, and part-time sports reporter. In his spare time, Lincoln likes to go to Husker sporting events, frequent the movie theater, dominate at bar trivia, binge-watch British TV shows, and play slow-pitch softball mediocrely.